HomeINTERNETBest 2 Methods How to Wrap Texts on Google Sheets
INTERNET

Best 2 Methods How to Wrap Texts on Google Sheets 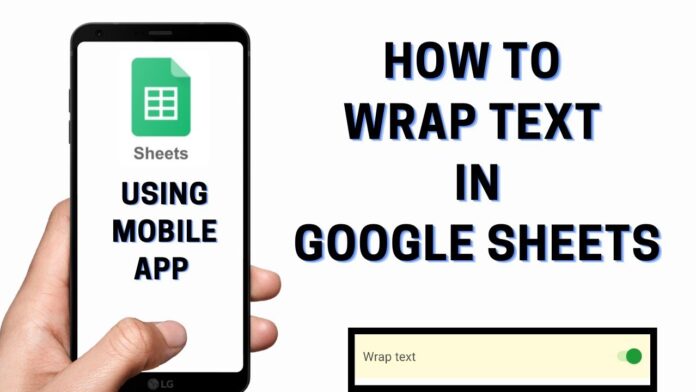 How to Wrap Texts on Google Sheets will be described in this article. Many aspects of Google Docs will seem unfamiliar to you if you’ve never used it before.

Because of this, you might require assistance using some of its functions, especially if you’re switching from Excel, the ever-present Microsoft counterpart.

Fortunately, Google Sheets is just as user-friendly as its rivals (if not more so), making all the functionality you need to maximise your spreadsheets easily available.

Speaking of optimization, wrapping your texts will reposition texts that have escaped a cell, making your spreadsheet clearer and easier to read.

How to Wrap Texts Into Their Cells on Google Sheets

Nobody wants to be forced to read a spreadsheet containing clustered information, as was previously proposed.

Using Google Sheets’ Wrap tool will reorganise your text and automatically change the cells where it is to fit just about correctly.

You have a choice between two approaches for text wrapping in Google Sheets, depending on which is most convenient for you.

You can get help with it by following the instructions below. 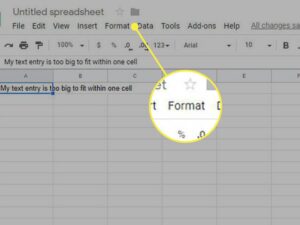 This simple technique will keep text that spills outside of cells back inside them, providing your spreadsheet the much-needed, best presentability.

The cells in which you want to wrap your texts must be selected or highlighted before you can utilise this technique.

That need to modify your cells’ Text Wrapping setting from Overflow to Wrap so that your texts would fit inside the desired cells.

It’s important to keep in reason that doing this will make the selected cells taller, which may not be ideal for some people depending on how they want the sheet to look.

In that situation, you may choose to utilise the Clip option found under Text Wrapping.

This one is ideal for URLs because it conceals the last few characters of a set of texts while preserving the cell’s original height.

Method 2: Wrap Texts Via the Toolbar

It’s always pleasant to have a second choice available, even when this method doesn’t provide much more ease than the first.

Use the previous method’s commands to highlight the cells where you wish to wrap a bunch of texts before navigating to the toolbar below the main menu and selecting the text-wrapping icon.

Your texts are enclosed in their cells the way you intended.

In Google Sheets, wrapping your texts is essentially limited to this.

After utilising this option, you can simply go back to the top menu and select Format > Alignment if the texts still don’t appear to be aligned as you would like them to be.

Once your texts are in place, move the cells either horizontally or vertically.

How to Fix Macbook Keypad Not Working or Typing In 2022

How to fix Weather app not updating on iPhone In 2022